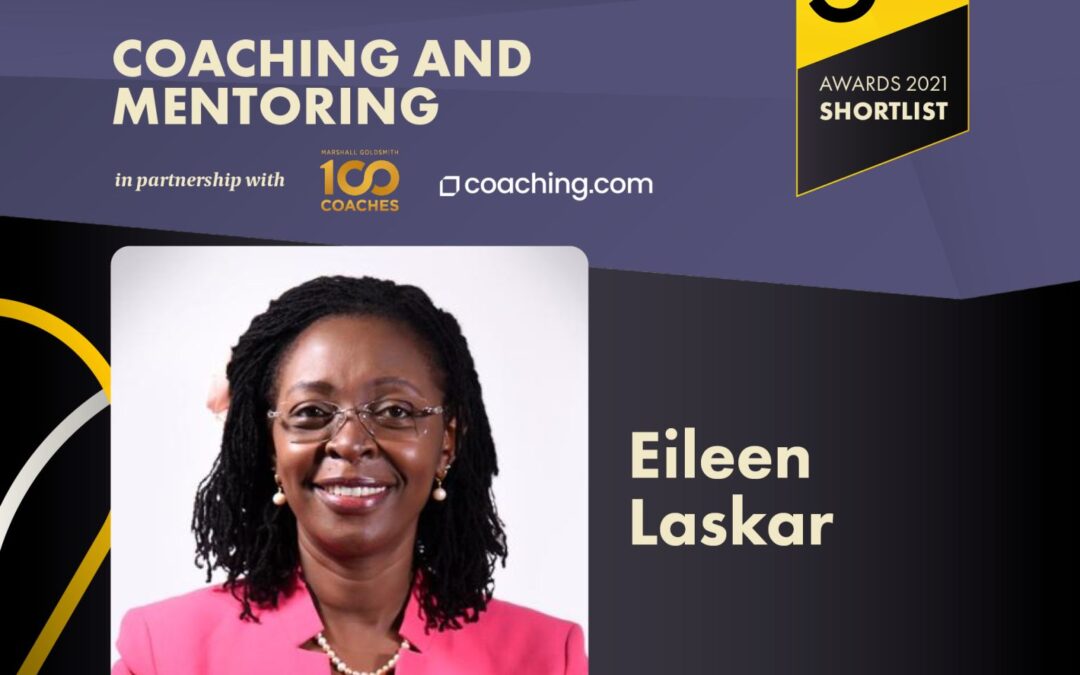 The past week has been one of gratitude and celebration as we received news that our founder and CEO, Eileen Laskar, MCC, was nominated for the Marshall Goldsmith Distinguished Achievement Award for Coaching and Mentoring by Thinkers50.

Thinkers50 is the first-ever global ranking of management thinkers since 2001, and today’s most reliable resource for identifying, ranking, and sharing the leading management ideas of our age. This makes this global announcement really special. The Marshall Goldsmith Distinguished Achievement Award for Coaching and Mentoring recognizes global thought leaders who have made outstanding contribution to the field of executive coaching and mentoring.

Eileen Laskar’s contribution to the coaching industry since 2006 when she founded CDI-Africa Coaching Group has grown immensely from just impacting Kenya; to reaching across the Africa region with valuable partnerships; and now impacting the global coaching and leadership landscape. Yet she remains humble and hands on mainly investing her time and effort in research, development and innovation. As the developer and lead trainer for all the programs we offer at CDI-Africa Coaching Group, her expertise and ability to curate responsive and  transformational programs and products specifically for the African leader and context is what sets us apart from other coach training organizations.

Through her leadership CDI-Africa has made significant reach in Africa with work assignments spread over 12 countries and still counting. The big vision and agenda is to get coaching embedded in organizations and woven into the tapestry of our society. She considers herself more of a Chief Innovation Officer (CIO), visionary and thought leader than just a Chief Executive Officer (CEO). And her work supports this particular thinking orientation on her title.

It’s worth noting that the Thinkers50 nomination is not her first; we can attest that she has been a coaching trailblazer. From her nomination in the Top 40 Under 40 by ​Business Daily Africa​ in 2009; to becoming the first ICF- Master Certified Coach (MCC) in 2018; to being recognized in the category of 101 Most Fabulous Global Coaching Leaders by WORLD HRD Congress in 2020; and now a nominee Thinkers50.  And she’s far from done. After years of research and development work on the impact and ROI of coaching we are proud to share news of the launch of her latest transformational innovation – The Global Coaching Index (GCI) System – A revolutionary coaching metrics ecosystem benchmarked on global standards. Be part of this global launch by accessing the pre-launch details here: https://www.cdi-africa.com/gci/

We are looking forward to the International launch of the Global Coaching Index (GCI) System - A revolutionary coaching metrics ecosystem powered by CDI-Africa Coaching Group.

Is your leadership team registered to learn more about the Global Coaching Index system and how it can empower you and your organization to measure and scale coaching effectiveness? Do so here: https://lnkd.in/d6j47mDt